This article was imported from freenode's wordpress blog, and is likely out of date. It's preserved here in the interest of history, but please don't treat it as an authoritative source in any context. Links on this page may be out of date and broken.

To mark the 25th "birthday" of the GNU project the FSF have teamed up with a very special man; Stephen Fry.

I personally am a great fan of Mr. Fry -- he's an accomplished actor, terrific writer and a good documentary maker. I enjoy his books, I will happily set aside entire weekends for my fry-a-thons in which I am glued to the TV re-watching the entire set of "A bit of Fry & Laurie", "Jeeves & Wooster" or many of the other fantastic things he's done for British TV. And I make sure to never miss an episode of QI -- again, I probably re-watch all of them. I follow his blog, I listen to his podgram.. I have a lot of respect and admiration for this man, for his insight, his honesty, his no-nonsense approach, his incredible way with words and his hysterically funny ways.

So who better to mark the anniversary of a project for which I also have a great deal of respect -- a project which values, visions and goals are shared by the majority of our users. A project often found at the core of so many of the projects who choose to use freenode. 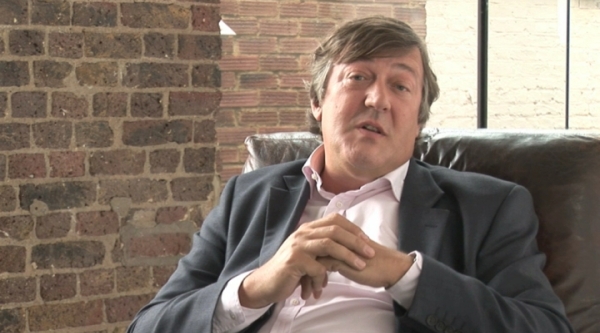 previous article, all, next article